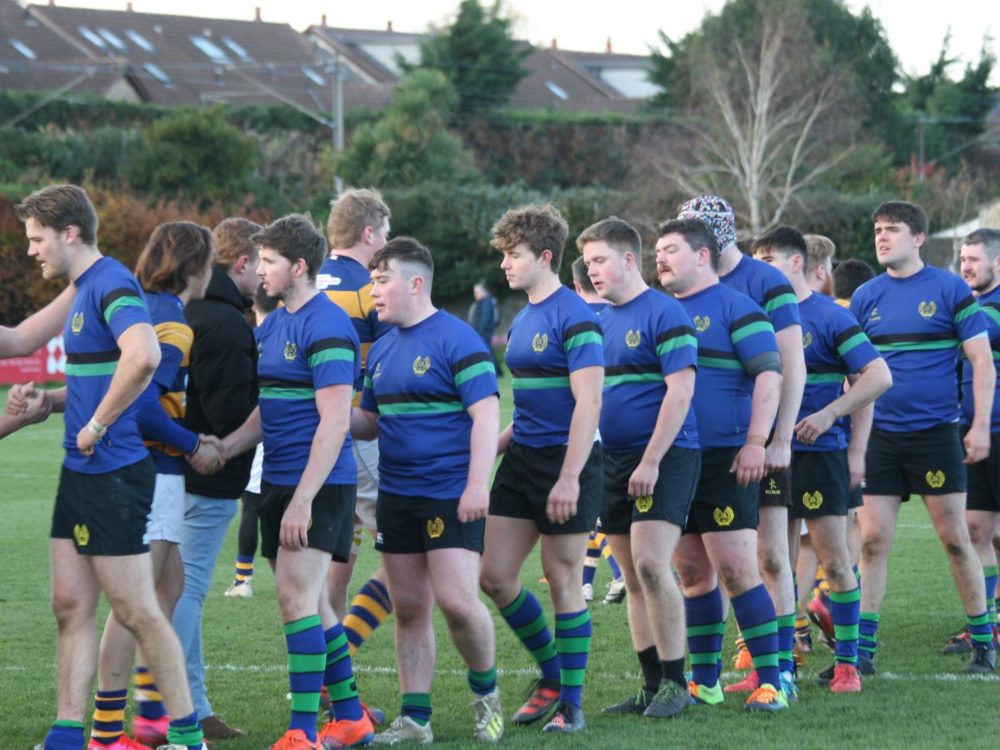 Our 2nd XV secured their first league win of the season with an exhilarating 34-36 come-back win over Monkstown at Sydney Parade.

Monkstown got the first score of the game having soaked up a lot of pressure in the first 20 minutes, landing a penalty on their first significant foray into the Seapoint 22. Straight from the restart we were back on level terms as Harry Martin slotted a turnover penalty from just outside the 22.

We were again on the front foot as Brian Guerin had the Monkstown defence stretched and drew a penalty within 10m of the try line when he was late tackled having kicked ahead, a quick tap was taken to see Jacob Cook sent under the posts. Martin took the extras for a 3-10 lead.

While we had further opportunities over the next 10 minutes yet again Monkstown made the most of their entry into our half to grab a try of their own to bring the scores level. At this point the Monkstown discipline took a turn for the worse as they continued to argue with the referee’s decisions, they were first reduced to 14 men and a few minutes later to 13. We took full advantage and with the forwards doing the initial damage, Cook nipped into the corner to see us take a 10-15 lead into the break.

On the resumption we were unable to extract any further value from our hosts reduced numbers and when they were returned to a full complement they established dominance. They levelled the game up as we entered the final quarter but again we responded emphatically, a 5m scrum creating the platform for the impressive Alex Guerin to truck it through the hapless Monkstown rear guard, Martin extending the lead to 15-22.

The response from Monkstown was emphatic as out of nowhere they rattled of three unanswered tries in the next 10 minutes to see them lead 34-22. Everyone in attendance assumed we were dead and buried, everyone that was but the players themselves!!! We set about trying to at least secure a losing bonus point which was the very least we deserved and with 5 minutes remaining the lively Cook had his hat-trick, Martin making sure of the conversion to see the lead reduced to 29-34.
The home side were rattled and from the restart we quickly re-established a foothold in their territory. While we retained possession the defence were doing a god job of keeping us at arms length and as the clock passed the 80 minute mark it seemed we would be frustrated. One final attack saw us make serious inroads and up popped Jacob Cook again to make an unlikely 10m with most of the Monkstown defence on his back (a la Ginger McLoughlin in 1982) to bring the sides level to the raucous appreciation of the visiting support.

All that remained was for Martin to take the conversion which was 15m to the left of the posts, well within his compass but under the circumstances a high pressure kick. We need not have worried as he coolly dissected the posts to secure a fantastic win in what was a fantastic spectacle for all present.
A special mention to Philip Bolger, William Dawson-Howe, Liam Hurley & Adam Power from our U20s Squad who all made positive contributions on their first involvement with a senior side, no question that the future is bright.
This weekend we welcome Suttonians to Kilbogget Park and hope to continue our upward trajectory in this league in front of our home support.