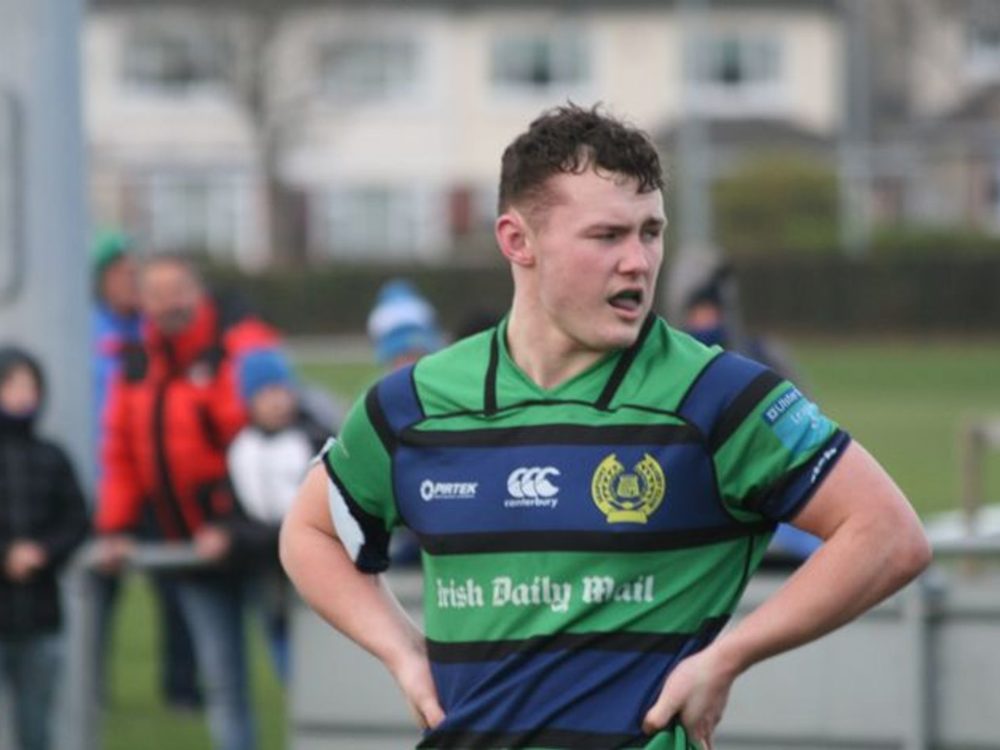 Seapoint U-20’s fielded a strong team at home in KIlbogget on Sunday 28th when they took on the UCD students. The weather was cold and dry albeit somewhat windy, the supporters were hopeful for a good game of entertaining rugby. Seapoint didn’t disappoint and played with ambition throughout. However, the supporters were left somewhat disappointed that the home team didn’t translate their superiority on the pitch into a bonus point victory.

Seapoint started brightest, fielding the kick-off, and attacking with flair. For the first few minutes Seapoint had most of the possession and territory. After 5 minutes Brindley used Luke Hammond running a superb decoy line at speed to completely fool the defensive line, and proceeded to scythe his way through the opposition. It appeared the Brindley could possibly have scored himself but he passed to Whelan who scored in the corner. Brindley then kicked a very difficult side-line conversion to make the score 7 points to nil. Great start for the home side after only 5 minutes.

The next 15 minutes before the first water break were entertaining with both sides playing fast physical and ambitious rugby. Some themes emerged. Hammond, Hempenstall and Eivers had complete dominance in the scrums for Seapoint and won several penalties. However, Seapoint consistently played too much rugby in their own half and a combination of overly ambitious offloads and silly penalties allowed the students to stay in the game. Brindley declined two kickable penalty chances choosing instead to go to the corner. Seapoint failed to convert either of these two chances, either losing the lineout or conceding penalties. Eventually, the pressure paid off. Just before the water break Hempenstall gratefully collected a UCD lineout overthrow on their own 5-yard line and proceeded to dive over the try line uncontested before the students could react. Brindley converted another difficult kick to leave the score at 14 points to nil.

After the waterbreak, the supporters were confident that the home team would build on this lead, but for the second twenty minutes of the first half Seapoint consistently failed to convert dominance into scores. Newman made some exceptional breaks and should have scored at least once. The Seapoint pack were physically dominant and had a definite upper hand in the scrums and mauls. However none of the territory or possession was converted into points and the score remained at 14 points to nil at half time.

With the wind at their backs after the break, the UCD team rallied and started to attack. Seapoint spent most of the first 10 minutes inside their own 22 and defended their own goal line on more than one occasion. Finally, after 10 minutes Forster made a break from his own 22 to lift the siege. Good support play from Campbell and Cronin got the ball to Whelan who attacked his opposite number with a kick and chase into the 22. Unfortunately the referee called it back for offside from the kick which surprised many of the Seapoint players and supporters. The Seapoint forwards now adopted a more direct style and with some big carries from Forster, Campbell, and Hammond they ultimately scored when Drohan passed to Campbell who burst over from short range. Brindley missed this conversion opportunity, a difficult kick into the wind from the right-hand side of the pitch. After the water break Seapoint pushed hard but failed to score again, and in the last couple of minutes, a blocked Drohan box kick put Seapoint under further pressure defending their own line. Ultimately the students forced their way over for a consolation try which they failed to convert. This was the last play of the game.

Some solid performances all round. Brindley was magnificent, his first break setting up the first try and he scored two exceptional touchline conversions. A real man of the match candidate. However, on a split decision, the coaching team awarded man of the match to Luke Hammond, who brought directness and physicality into the contest from the start. Luke never took a step back, dominated at scrum time and was ever present in attack and defence. Not to mention he lasted a full 60 minutes.

Five consecutive wins is a huge achievement. Seapoint take to the road next weekend with a daunting fixture away to Galwegians on Saturday December 4th . No easy fixtures in this league and they will need to be at our very best to get a result out of that encounter. All support welcome.

Subs : Downing for Eivers, O’Donavon for Finn, Drohan for Whelan, Manning for Casssidy, Horan for Whelan (L) , Hand for Campbell, Balmaine for Ross