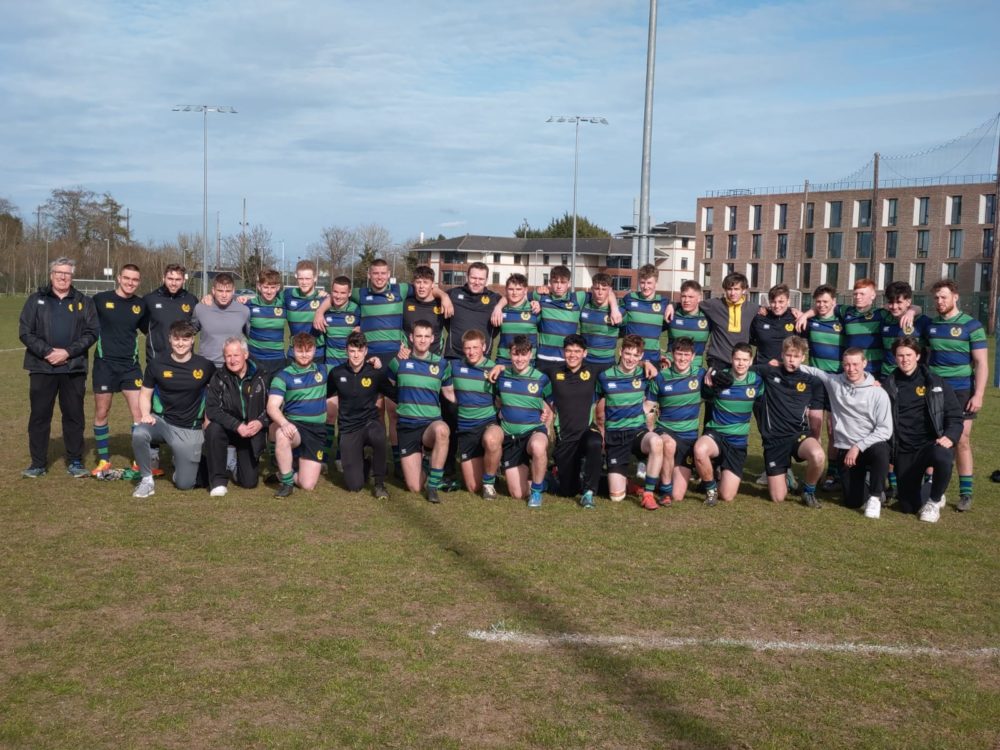 Prize fighters traditionally only met three times in their professional careers. Seapoint went down to their third successive defeat to Barnhall this season but what a game. A Barnhall supporter assessment post match was ‘The better team lost today‘. In the absence of our usual touch judge the honourable Brian Montayne, I had to swap my virtual pen for a flag so the match coverage is sparser than usual.
Seapoint dominated the first half and led by 10 points to nil with only a minute left in the first half. Seapoint were both faster and fitter. Their defence was absolute with rarely a tackle being missed. Surprisingly Seapoint dominated the scrums ensuring that Barnhall got little or no clean possession and also disrupted the lineouts. Seapoint had a penalty kick after 10 minutes which both touch judges deemed good but the referee stated it went wide. That three points was to prove significant in the last 10 minutes of the match.
Halfway through the first half, Seapoint eventually created a clean line break for Liam Forster who beat the full back to score under the posts. Cronin converted. Shortly afterwards Cronin was successful with a penalty kick to leave the score at 10 points to nil. However just before halftime, a rare Barnhall foray into the Seapoint half they kicked the ball long and Alex Lee touched down. From the ensuing goal line drop out, the Barnhall winger collected the ball and ran a full 30 metres through the Seapoint defence to score. A rare lapse of concentration which proved very costly by game end. Seapoint led 10 points to 7 at the break.

In the second half Barnhall scored a try early but missed the conversion to take the lead for the first time 12-10. Ten minutes in, Seapoint set up a driving maul on the opposition 22 and drove all the way allowing Harry O’Neill to score on his debut. A missed conversion gave Seapoint a slender lead of 3 points. 20 minutes in Barnhall scored a try, the last score of the game, and their out-half converted to put them in the lead by a crucial 4 points. Seapoint owned the last 20 minutes. Barnhall eventually had a man sinned for a high tackle and arguably should have had a second as they consistently fouled when Seapoint were in attacking positions. The last 10 minutes was punctuated with several stoppages as Barnhall players continually went down ‘injured’. Seapoint spent all the last 20 minutes in the opposition half, spent most of it in the opposition 22 and got over the line twice but couldn’t score. Heartbreak Ridge.

This is the last match of the campaign. Huge credit to a squad of warriors who followed the superb example set by captain Liam Forster. 22 players were on the team sheet for each match but there were well over 40 players involved throughout the season. Kudos to coaches Eamon Murphy and Darragh Forster – despite a huge squad and lots of rotation the team seamlessly operated with the same shape and playing exciting rugby every week. A big thank you to physios Cian O’Gorman & Shane O’Hanrahan and to fitness coach Stephen O’Hanrahan for supporting training sessions and matches. A note of thanks to the Director of Rugby Brian Montayne and the rugby committee for their endless support. Thank you to Grumpy Freeney who always had the gear ready. Shout out to our President and all the supporters who rarely missed a match home or away. Last but not least most credit goes to manager supreme John Montayne and Declan (Mr Seapoint) Keegan. This season was the fruit of a three year long labor of love from the dynamic duo. It was a great season, a privilege to be a part of it and hopefully one we can build on next season.