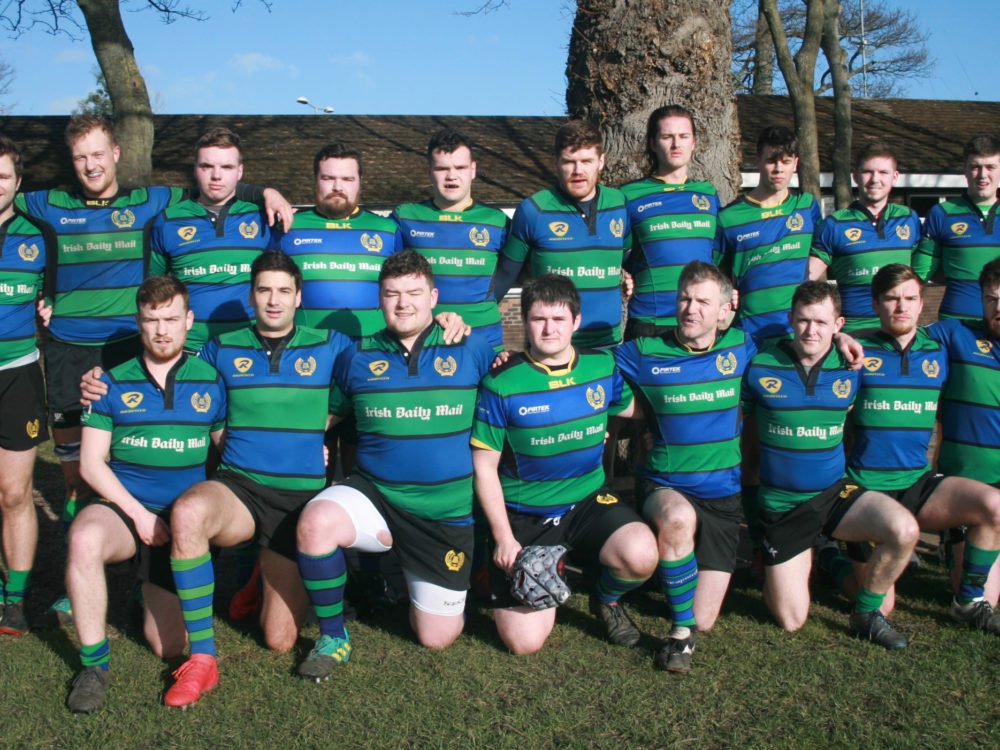 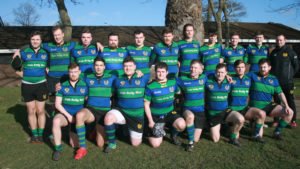 Our 2nd XV returned to action following a longer than anticipated hiatus, but unfortunately were unable to get the better of an experienced Dundalk side, going down 22-5.
Dundalk kicked-off with a brewing wind at their back but the early exchanges didn’t offer them any significant advantage as we met them head-on, securing some crucial turnovers, with Conor Montayne prominent on his return from injury, to deny the hosts any scoring opportunities. We gradually forced them to retreat into their own half and after a sustained period of forward dominance we drew first blood on 15 minutes, with centre James Farrell taking advantage of an overload out wide, the conversion proving too difficult in the conditions. While we did create further pressure in the half we were unable to make it count with both sides blunting each others opportunities, reaching the break without any further scores.
There was optimism that the strengthening wind would give us the upper hand as the game restarted but unfortunately that’s not how things transpired with the more experienced opposition demonstrating great nous in the difficult conditions. A few kicks from our own half that had a bit too much on them offered field position that the hosts took full advantage of, tying up the scores with only 45 minutes on the clock. Further pressure built over the next 15 minutes and as we entered the final quarter Dundalk took the lead with another converted try.
Their tails were up now and as the defensive effort took its toll on us two further tries were scored to see us trail 22-5 with 10 minutes to play. Our heads didn’t drop and we were very unlucky not to get a further score on the board as we dominated the concluding minutes.
Yet again we were delighted to see a number of our U20 players getting a further taste of senior rugby, Willian Dawson-Howe, Tomas O’Shea, Jack Hand, Jamie Balmaine, Tendai Mauma & Philip Bolger all put in a massive effort along with James Geoghegan, James Manning & Philip Maguire from the 3rds panel. There was also a welcome return for Geoff Mahon & Andrew Heffernan and despite the defeat great fun was had by all on the team bus home. We now look forward to hosting Monkstown on 12th February ’22 as we enter the final stretch of the league campaign.