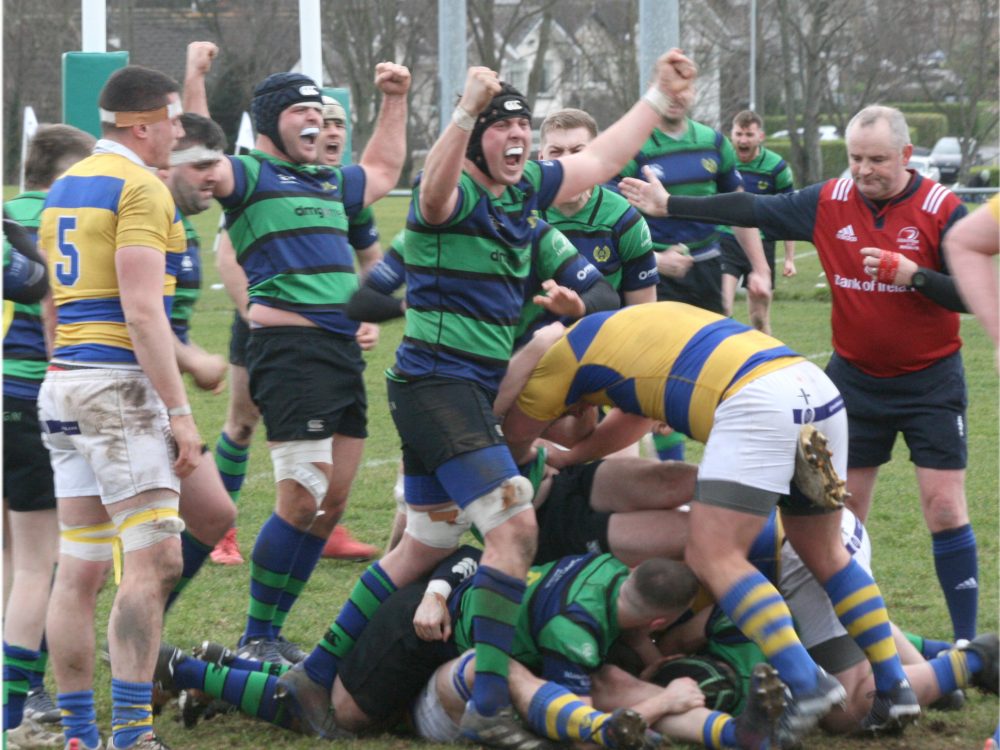 Last Saturday was one of the those special days in Seapoint Rugby Club. The 1st and 2nd XV were hosting Monkstown FC who have been performing very well in the Leinster League. The last time Seapoint played them this season the 1st XV lost 32-18 and the 2nd XV lost 29-10. We were also hosting the 3rd XV who had their match moved to the home ground due to frozen pitches.

It is rare that we have 3 teams playing at home on a Saturday and it made for a great day. The seconds started off the day with a bonus point win beating their opponents 27-10. This moved the second to mid table in the league and now a top 4 place is in sight. The 3rds went on to beat BGF Ravens with a bonus point score of 27-16. This keeps Seapoint 3rd in that league and all round performing superbly.

The top fixture of the day. got underway at 2.30pm with Seapoint XV really needing as many points possible to get off the bottom of league. Seapoint really put a marker down scoring 5 tries and securing the victory 38-14. This moved Seapoint second from the bottom with Suttonians (away) next week.

The home support has been amazing but we need as many people to travel to Sutton next week. With only 4 games left in the league this looks like it could be a nail biter !!

Squad Named ✅
Jersey Presentation ✅
Tickets ✅
All roads lead to Donnybrook today for 3PM Kick Off. Get out your ⚫️🟡🔴 & get ready to cheer on the Monkstown Men when they take the field later today!
All the best to the team, their coaches & backroom 🇧🇪
http://bit.ly/3jwyehy